In addition to the form and roof, original windows are the next most distinguishing features of a structure. For this reason, preservationists are in agreement that the windows are incredibly important when rehabilitating a building. Preservationists, among others – people from other countries, parks and recreation, writers and other clever types often say, “the windows are the eyes to the house”.
I suppose as metaphor, that’s not too far off, however I do think it’s a take-off of an older saying that, the eyes are the windows to the soul. So what’s keeping us from switching up a couple of words here and there? Alec Guiness’s gangster character in Ladykillers (1955) actually uses these two different phrases in one sentence when chatting up the unsuspecting Louisa Wilberforce played by award winning Katie Johnson. Prof. Marcus: I always think the windows are the eyes of a house, and didn’t someone say the eyes are the windows of the soul? 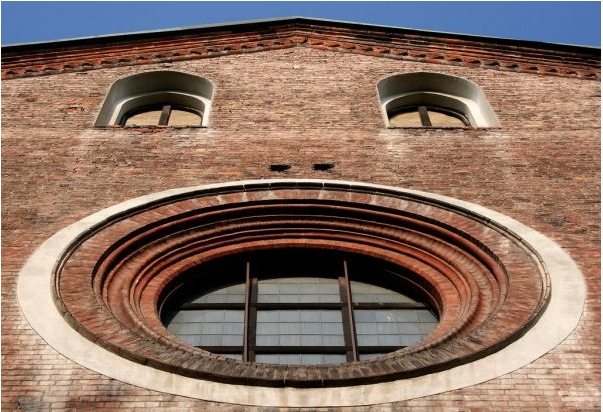 Ones eyes can be the first things we observe when meeting someone and can make a great impression. Similarly, original windows tell us about the history of the building by revealing the material from which they’re made. They tell us about the intended style through size, proportions and arrangement. From the interior, the window / eye allows the occupant to view the outside world.

I like the fact that windows so readily reveal functional facts. For example, in our semi-tropical region, tall windows are paired with tall ceilings for optimum venting during the summers. Crockett Street like many other stone houses in San Antonio have windows whose sills are at the finish floor for more venting and access to adjacent porches! Windows can also tell us about the building structure. For example since a wood structure typically has a wall depth of no more than 7” and the window jamb, trims and sashes will be pretty compact. The walls of a wood structure with stone or brick veneer can be slightly thicker, but rarely as thick as a structural rock wall.

The Crockett Street exterior walls are approximately 12”, which provides generous depth for the wood frame windows. The layering of sashes, stops, casings + trims are extensive and Mark’s been leading the charge to strip paint from these beauties. Overall, the windows are in OK shape and are large. All doors and windows have the same rough opening width at approximately 42”-48” resulting in a 36” clear opening for either. And to provide a sense of scale: the height of window clear openings on the exterior walls is approximately 9’-6”! 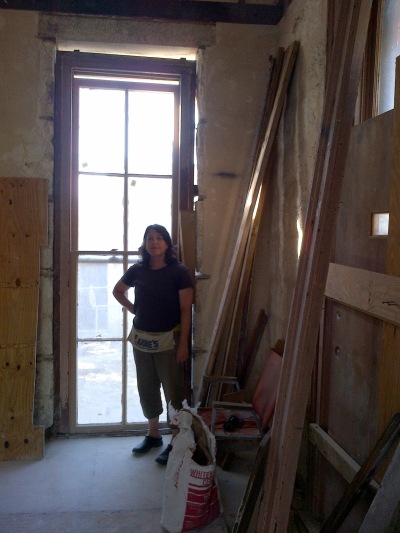 The 3 interior doorways and the 3 rear exterior doorways have a clear opening of 7’-0” x 3’-0” which was considered a standard proportion in a finished 1880’s cottage. In the 1990’s the previous owner repaired the pulleys, replaced glass and replaced a couple of window frames. However, the remaining window sashes and trims are still covered with paint, soot from fires and grime over original shellac finish.

We spot tested approximately 6-8 locations for lead in the paint and luckily, found only trace amounts, which is normal. Every window is being disassembled, scraped, sanded, oiled and re-puttied.

Broken panes will be re-glazed. Considering these are the original windows, they’re in incredible shape! After the prep, we’ll prime, paint, weather strip and install new hardware.

This great little house has had over 5 different doorways to the exterior which leaves me amazed to see how flexible and functional the house has been over the years as it accommodated individuals, small and large families. And here we are to impose our ideas of where doorways need to be.
We’re assuming since we still have no documentation on the original intent, that the original house most likely had 2 or 3 doorways: front, side and rear to kitchen and toilet structures. The front door might’ve been either at the very front of the house under the center canopy as a door with sidelights or it might’ve been more modest and located to one side as it we found it. This is where the lack of documentation is a determent since I would expect the front door to be in the front center. Alas, those two windows look to be in their original location.

We’ve swapped the current west facing front door to the east to better accommodate a modern entry sequence via the front walk and driveway. 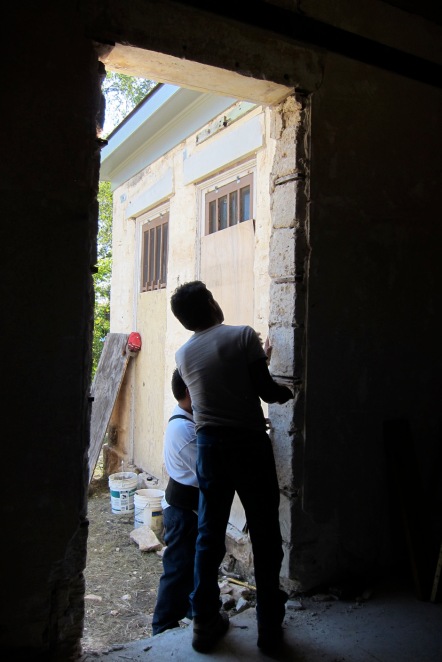 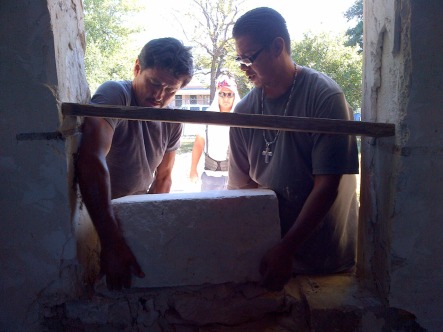 In place of the two 1920’s rear doors that accessed a wood structure, we reduced the openings and installed in each respective opening new wood casement windows whose framing and mullions are compatible with the original windows.

And this is what we need to “button up” the building envelope and make it possible for us to inhabit.
And to think . . . . several decades ago, the structural failure on this house was sufficient to request a demolition. I’m so glad the previous owners knew that wasn’t the correct path for this house.

But back to the design detective work and how we might find who originally provided the plans and specifications for the house – we did get some useful information when researching some of the only original woodwork in the house. One part of the original casing trim has a reference that we found with the good and helpful people at Alamo Hardwoods here in San Antonio.

We’ll save this for another day.